This is a collection of characters who I strongly identify with in cartoons and video games (though other media is likely forthcoming!) Not to be confused with “tag yourself,” these are characters that have so much “me” energy that I feel a deep connection to them in my soul. While I don’t relate to kin culture, I guess this is something in the spirit of that?

Specifically, the English dub version of Luna who is a little more grouchy, critical, and sarcastic even as she fiercely loves and desires to protect Serena. I'm not afraid to admit that I am a bossy, bratty, know-it-all. That isnt to say that I'm proud of these qualities! But I'm not the patient menot from the manga and Sailor Moon Crystal. I'm the teeth-gritting, eye-rolling kitty who is constantly on edge, but also belives in you deep-down and wants you to succeed! There are so many Scouts that I love, even Usagi herself, but I am just so utterly like Luna that I'm okay with not being the center-stage magical girl of the story. I just want to root for my friends on the side-lines and call them out when they're not at their best. 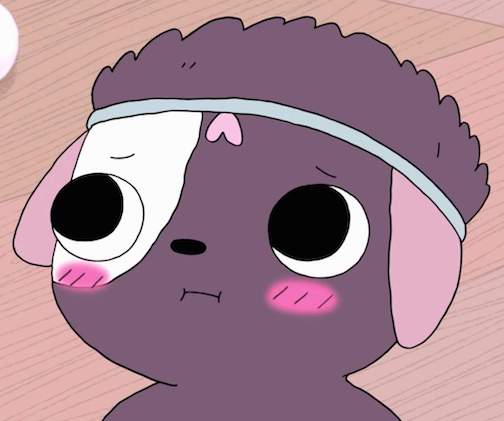 From the earliest episodes, I adored these little dudes! They were often in the background or making small comments here and there when talking to the campers. A couple of the aliens had songs that I sing ALL the time (You're just a ghost / and I can see right through you... & Ghost party! Get spookin'! Boo, boo, boo, boo!) This is to say the general presence of these creatures was very Gender for me lol But! in "Feeling Spacey," Puddle specifically won my heart. The idea of someone crushing so hard that they end up hoarding all of the emotions from everyone on the planet.. why is that me. Why am I like this. 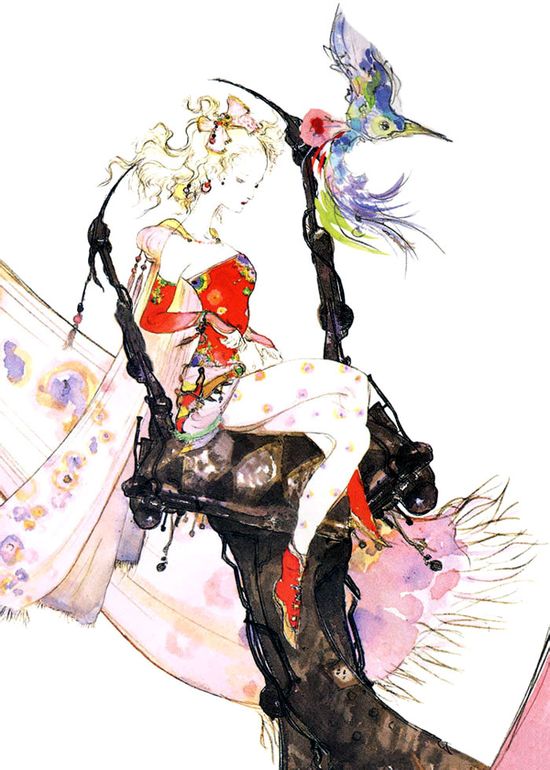 One day, I want to write a much longer post about reading Terra through the lens of queerness. The lost memories, the uncertainty of her identity, the found family narratives (past and present), the unbridled just rage of her esper form… all of these themes resonated so strongly with me when I was a teen but I couldn’t explain why and since coming out as nonbinary and queer, I’m like ah… We have something in common. Yoshitaka Amano’s concept art for her is spectacular. Despite how much fan art (and later games) render both forms as more curvaceous and femme, the original esper design is much more monstrous. I love it. 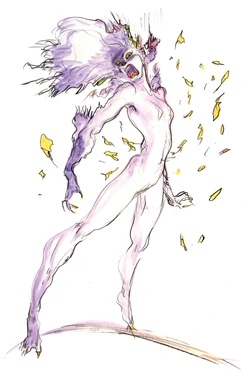 Many nonbinary people have our choice between robots, aliens, and animal characters in media as a way to navigate gender in content we hold dear. While Terra represents this existential longing for me, BMO is closer to Puddle in that he has a soft, squishy, childish interior with a big imagination and heart. I love the range that BMO has throughout the series, though, with episodes that are silly, light-hearted, and absurd to those that are much darker especially the longer you sit with them. He’s a lonely robot who wants friends and will seek them out - whether they come in the form of a bubble, a reflection, or a boy and his dog-brother. I may not be anywhere near as extroverted as BMO, but I feel every giggle and tear that have burst out of him.

If you read my Ship page, you know that I am personally attached to SyaoSaku. Though I didn’t really think about this as a kid, I am convinced one of the reasons for it is how strongly I have identified with Syaoron throughout my life. I’m simply not a Sakura: optimistic, friendly, energetic, clumsy, generous. But Syaoron? His moodiness? His competitive spirit? His determination? His capacity for compassion as a result of the friendships he made? His adoration? His thunder-ass, plushy-faced, goo-goo eyes? He’s such a little shit at first and you know? And as mentioned with Luna, I'm not afraid to admit that I had that aura as a kid. Maybe I still do. But if I have grown out of it, I can thank all of the love from others that has helped me mature.

Glimmer from She-Ra and the Princesses of Power

But if I could only choose one "same" representative, then I am Glimmer. As I type this, I’m scrolling through a Google Image Search of her and every single face she makes (scowls, giggles, blushes, worried furrowed brows, starry-eyes)… I might as well be looking into a mirror. Not to mention she has a similar body type as me (incredibly rare - especially in children's media) and a winning color combination. It was a bit frustrating witnessing Tumblr turn on Glimmer through the seasons saying that she was impetuous, petty, irrational. I thought she was so realistically written, especially given what she goes through, and I think it's important that fiction depicts characters who are complicated and messy. Aren't we all?

More Magical Year of a Teen Witch chapters under Games